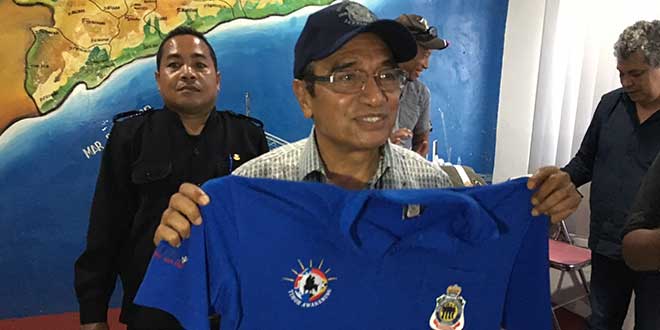 THE newly-elected president of Timor Leste, former guerilla fighter Francisco Guterres, will lead a 30-person delegation of veterans to Brisbane this Anzac Day.

President Guterres, a Catholic, was a commander during a two decades-long armed struggle against Indonesia, which invaded Timor Leste in 1974.

The visit by Timorese war veterans to participate in Anzac activities honours the commitment of Australian troops supporting the people of Timor Leste – both in the Second World War and since 1999 when Australian troops have helped restore civil order after a fractious vote for independence.

“The real significance of his visit is that even if we are at an impasse at a government level between Australia and Timor Leste, there is a very strong veteran-to-veteran link,” Deacon Stone said. “Australian veterans have long been wonderful advocates for relations between Australia and East Timor.”

Timor Awakening provides healing and health for veterans, and includes a 10-day trip to Timor, to visit significant sites of conflict for both Timorese and Australians. A recent Timor Awakening contingent held prayer services at Bazartete and Balibo, which are sites of military importance for both nations.

“Everywhere we go in Timor it becomes a big local event with up to a thousand people coming,” Deacon Stone said.

President Guterres who has described himself as “the son of a poor family, of humble people” is keen to promote ties between Australian and Timorese veterans.