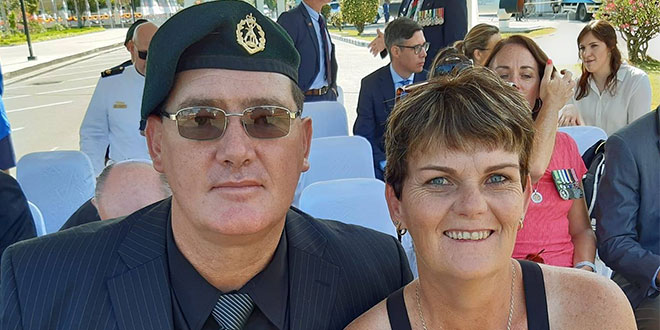 A FORMER soldier who served in East Timor 20 years ago has told how a recent return to that country on a spirituality-inspired rehabilitation program has helped ease decades of suffering from trauma.

“I feel like a weight has been lifted, and I can now look at things in a different way,” Townsville veteran Murray Sutherland said.

“A lot of the anger I’ve had, both for myself and towards others, has been released.”

In 1999, Mr Sutherland was amongst the first Australian troops dispatched to East Timor’s capital Dili, after an independence vote that descended into violence as Indonesian militia went on a rampage.

He returned to East Timor with his wife Susan and 36 other veterans and spouses last month to participate in the 20th anniversary of the arrival of the Australian-led INTERFET mission.